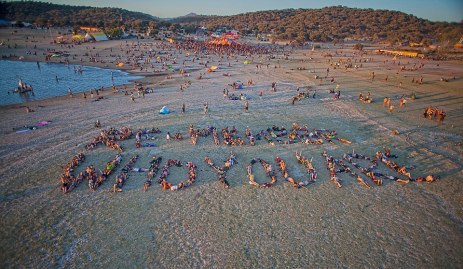 Festivals have never really appealed to me, camping in a sludgy and muddy field with disgusting toilets and no decent shower is not really my cup of tea. My music knowledge also happens to suck, which may have been another contributing factor to my lack of excitement for festivals. My boyfriend, however, is a big festival-goer and has, ahem, quite a different music taste to me (mostly music with quite a lot of loud bass). That said, he is slowly widening my music tastes, and after telling me about Boom, and then looking at their website, I could not miss the opportunity to go to such an awesome festival, despite being completely musically dense. And it was probably one of the best experiences I’ve had in my relatively short life. The festival is held in Idanha-a-Nova, Portugal (an immediate bonus- no mud) and lasts an entire week, unlike the popular British festivals that cost £200 for two days. Boom costs around £150 including the Boom bus round trip from the airport to the festival site. Cost effective, no mud, and to top it off the toilets and showers were pretty damn decent – the toilets were all composting toilets, and although gross sounding in theory, they are a million times better than portaloos you get at standard festivals, and they were cleaned regularly which is always a bonus. All of these positive factors are just the surface attractions to buy a ticket, but once you’re there, the essence of the festival is everything. If I was to describe Boom in one word it would definitely be hippy. The ideals, the basis of its foundation is around love, nature, and even a bit of a spiritual awakening.

The Boom Vision: “Boom is based on the principles of peace, celebration, psychedelic culture, art, environment, knowledge, education, and love. The idea is to create a space in this time continuum in which people from across the world can converge to experience an alternative reality – thus inspiring us to collectively channel the universal truth.

Clearly not everyone who goes to Boom is a hippy, but there is a vibe, an unspoken respect for everyone and everything around you, there are no fights, no vandalism, everyone is friendly, chatty and wants everyone else to have a good time. Boom brings people from across the world together in this one festival to collectively celebrate music, art, the environment and psychedelic culture, respecting each other and uniting for the purpose of fully immersing in the spirit of Boom. This may sound very wishy washy spiritual hippy crap, at least I thought so when Jermaine described Boom to me, and I didn’t think I would feel the same connection as he had, but once you are there, the atmosphere is like nothing I’ve felt before. From such a large collection of people, a feeling of unity and love in this microcosmic festival world shows us a glimpse of what the world should be, instead of the harsh, suspicious, unkind and unloving cutthroat world we actually live in.

Moving away from the spiritual effect of Boom, the site itself is incredible, and huge. There was almost a half-hour walk from one end of the site to the other, with various different dance tents in between. The campsite area was basically up a hill/mountain, which makes for some very uncomfortable nights’ sleep, but after a week you do adjust! Next to the campsite was the food court with various different food stalls, most of which had insanely good food. On the other side of the food court was the liminal village, which held workshops, presentations, interactive talks, discussion panels, and films that ran right through the night.

Further along was the Alchemy Circle: 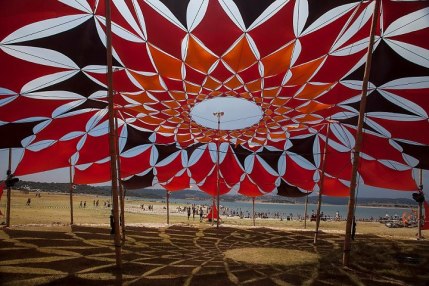 This dance tent played some bassy music and was pretty good to listen to, however, I cannot tell you what type of music it played… I just know it was non- bone vibrating bass (the best kind in my opinion).

A little bit further up was the Ambient Source tent: 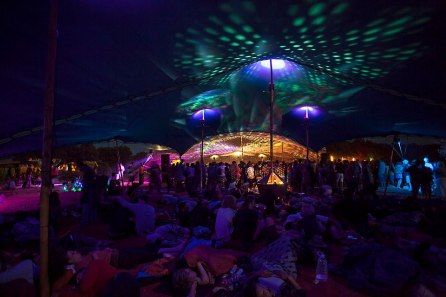 This was my favourite area as it was really chilled and had relaxing music. There were also some trees surrounding the area so it was a great place to escape the almost unbearable heat, especially as there were speakers in the trees. Behind the Ambient Source area and leading up to the next dance tent was the flea market. Although not a flea market in the traditional sense of the word, this place was awesome. Selling all things hippy, punk, psychedelic, and much more, the market was a good place for the little things you needed, and for me in particular, the perfect place to pick up some hippy clothing for a bit cheaper than Camden.

The next tent along was the Dance Temple: 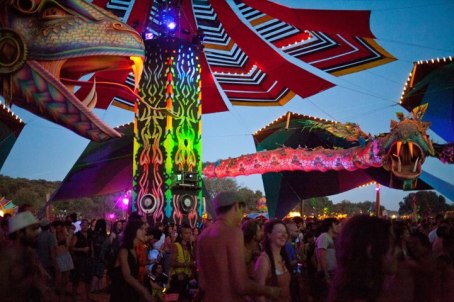 This was the main dance tent, which blasted Psytrance almost non-stop. I learnt many things while at boom, one of which is that I quite thoroughly dislike Psytrance.

That aside, the Dance Temple tent design was my favourite of all the tents.

The next little stop was at the Gamelatron: 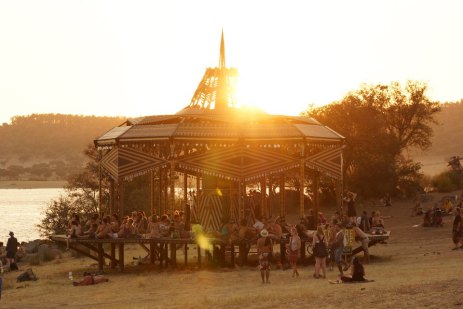 This can only be described as a self chiming music machine. With cymbals and chimes, this self-running device made beautiful tunes that you could sit and listen to all day.

The final section of the site was Sacred Fire: 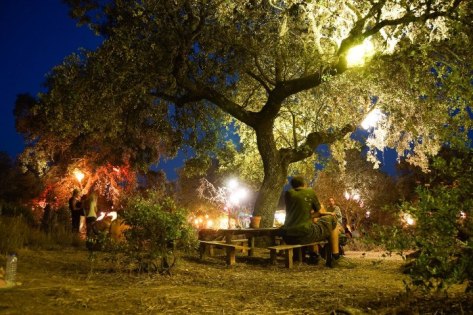 With a sacred fire to gather around, and world music to dance to, this part of Boom seemed to have stepped out of  Shakespeare’s A Midsummer’s Night Dream, especially at night when it was lit up, it looked very much like a fairyland, and thus nicknamed by our group. 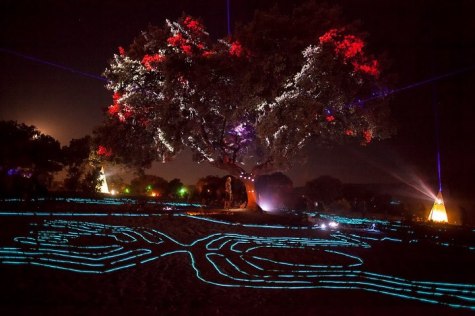 At night the entire Boom site transformed, places you visited during the day looked completely different at night, lights emerged from everywhere, there were even spots that were barely registered in the daylight, which suddenly became an exciting crook to explore. Boom became an adult’s playground, and a damn good one at that.

Aside from the music, Boom had an art gallery and across the week had various art performances, with a few hours on one of the nights dedicated to a range of performance acts from across the globe. Some of the acts were a little too avant-garde artiste for my taste but there was one group, Up-Coming Collective Bristol-Toulouse, that were incredible and have inspired me to try and learn how they do their tricks, which, from what I can tell, are circus based.

Another feature that I loved about Boom was the amount of people who were involved with poi, hula-hoops, juggling, and various other circus instruments and skills, there was so much talent and it all looked incredible.

The best performance that I saw involved fire, and lots of it. Luckily, we happened to be walking by when this fire performance started, and it was INSANE. The dance/fire performance was split into various little sections that used fire in different ways. The dancers had long fire sticks attached to each finger and fire headdresses, the ground was set alight creating pathways within their circle, and my favourite section was an incredible performance with fire poi.

For my first festival, I really don’t think I could have started with a better one; it was an incredible introduction to festivalling. On the flip side, it means that nothing is ever going to come up to scratch next to Boom and will probably always be a little disappointing, but in all honesty I’m not that bothered, I would not change my first festival experience for any other and I do feel pretty blessed to have had the opportunity to experience something as incredible as Boom.

All the images have been taken from the Boom Official Facebook page.